Hello, my dear friends. How are you all lovely people doing today?? I guess you are doing fine. I am trying to be as positive as I can. I love this day because TIK TOK GOT BANNED IN INDIA…AGAIN!! I don’t know how long they plan to keep it banned but I thought of saying a final goodbye to Tik Tok. This app caused the biggest internet controversy in India. The fight between Youtubers and TikTokers got so ugly that people started hating each other in India. It was two fan bases competing with each other. So before I tell you what happened, let’s start, shall we??

Tik Tok ban has got the country dancing with happiness because Youtube indirectly or maybe directly won. I am happy for YouTubers but I do have some stuff keeping me sad. As you all know that I have been absent for a few days, the reason was that 26th July is coming near and I can’t take it anymore. It’s like a big heavy pressure on my life. It is the day my grandfather passed away. I just don’t feel like talking to anyone anymore. Books don’t get my mind off the fact that he is gone. I am sorry if I am irregular in posting this month but I gotta sort out myself. So let me not waste your any more time and start out right away.

It’s high time the government banned Tik Tok. That app has cringe×100 content. I was so happy when I saw the news yesterday night. It was the one and only mind-blowing news that made me smile and that gave me an idea that I should say goodbye to the controversy king; Tik Tok.

Well, what’s a better way to say goodbye than a great song by the greatest YouTuber in India. carryminati. Carryminati released this song after his Youtube Vs Tik Tok video got deleted. It was spammed by all the TikTokers claiming it was a subject of cyberbullying. This video broke all records of Youtube whether be those records national or international. This man is my most favourite YouTuber and my inspiration in never giving up.

Well if you want proper details of this controversy, check out the link below.

YOUTUBERS VS TIKTOKERS || CONTROVERSY FROM A BLOGGER’S POINT OF VIEW.

So let me not waste any further time and just say goodbye to Tik Tok and end this post. It was supposed to be short and I hope it isn’t too long.

Goodbye Tik Tok. It was not at all nice meeting you and I hope I never see your stupid icon in the Indian Playstore ever again. See you never ever again and I truly hope from the bottom of my heart that you get banned from other places too.

So there are 2 videos here, 1 has lyrics that are translated in English for all the non-Indians to understand and the other video is the original video that I highly recommend you all to watch because it has awesome graphics and the styling is mind-blowing. So please go ahead and watch these videos. You have to watch it. That’s an order. So go on.

So that’s it for today. I just said my goodbye to Tik Tok Application and 58 others that I have never used in my life. I hope you all are safe. I am not feeling too good so forgive my absence and get ready with a birthday present ’cause it’s my birthday in 10 days and you have to give me something good. Meh…just kidding. Okay, I take your leave now. See you soon with a new blog post till then…

4 thoughts on “CARRYMINATI IS BACK || YOUTUBE VS TIK TOK.” 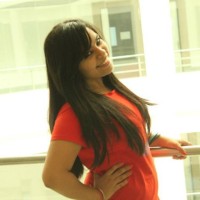 Finding magic between pages and words

I review books that I love!

DOCTOR by choice, BOOKIST by passion.

You Only Live Once

"PEOPLE OR BOOKS?" SOMEONE ASKED. I CHOSE BOOKS